How to Raise Money: Valuations from an Angel & VC Perspective

How to Raise Money is an educational series put on by VCO for entrepreneurs, investors, & others to learn about raising investment capital.

The Valuations from an Angel & VC Perspective is about how angel and venture capital investors approach pre and post money valuations on the deals they fund. They will discuss their methodology in approaching valuations and what other key terms and conditions impact their decisions. They will also discuss how LPs impact their strategy and the types of returns they target. Get your tickets now!

Jolene Anderson (Vector Point Ventures): Jolene brings extensive experience in advising, mentoring and connecting early stage and growth stage companies with the strategic advice and resources required to scale their product or service. She has provided investor and media relations, executive coaching and has significant experience in providing advice for alternative financing, exit strategy and access to grant funding. Ms. Anderson has over 25 years’ experience in advising companies, in the Pacific Rim and North America. Her career experience includes senior development strategist for various private companies and investor relations for a public company, focused on STEM education. She is a previous advisor for Kineta Bio, a life science company based in Seattle, WA, and has served on the Life Science Deal Screening Committee for Keiretsu Forum NW for the past 6 years. She is a member of the Idaho Technology Council and has participated as a mentor for various life science companies and technology companies and medical companies in WA, ID, CA and UT. In 2018, Ms. Anderson was given the Excellence in Finance Award by the Idaho Business Review. Ms. Anderson currently serves on the Board of the St. Alphonsus Hospital Foundation in Idaho.

Leslie Goldman (Artemis Fund): Leslie Goldman is General Partner and Co-founder of The Artemis Fund, a venture fund focused on high growth, tech-enabled, Seed and Series A stage companies founded and led by women. Prior to launching The Artemis Fund, Leslie spent three years as an executive recruiter and 25 years as a corporate attorney. She practiced in large law firms, representing startups and Fortune 100 companies alike, prior to moving in house. She serves on the board of the Houston Angel Network, NACD Utah and Texas TriCities, and the Yale Club of Houston. Leslie is an active member of the Launch Syndicate (Jason Calacanis), the Launch Fund and the Launch accelerator program in Silicon Valley, a founding member of PandoLabs and Rehabilitation Health in Park City, a Strategic Advisor and Special LP to the Rebel Fund (a YCombinator Fund), and a member of the Investment Committee of AVG Funds, Blue Ivy Ventures III and IV. She has directly invested in over 45 early stage companies and 11 venture funds in addition to The Artemis Fund. Passionate about working with early stage founders to ready them for investment by angels or VCs, or for entry into an accelerator program, Leslie recently formalized a consulting/coaching practice, Torch.Partners. Leslie holds a B.A. from Yale University, an M.A. from the University of New South Wales in Sydney Australia and a J.D. from Fordham University School of Law.

RVC is the longest running angel investor group in the US with over 200 investor members and a portfolio of 50+ companies. RVC has led investments totaling over $45M to Colorado start-ups since 2014. RVF has made 34 investments across 24 companies since early 2017. The PIF invests in early stage tech companies innovating in pandemic detection, mitigation and resilience. These companies flourish in a healthy climate, but also excel in solving today’s and future pandemic challenges.

Donald Roll (Park City Angels): Don moved to Utah after spending 26 years in London England and joined Park City Angels in 2016. From 1997 through 2015, Don was responsible for the European operations at Alacra (now part of Opus), a SAAS Financial Services start-up. Previous to that, Don managed several business units at Knight-Ridder’s real-time financial information companies. Earlier in his career, Don was the CFO for a manufacturing start-up in the fire prevention industry. In addition to Angel investing, Don enjoys mentoring executives at small growing companies and is co-chair of the Friends of Ski Mountain Mining History, a non-profit group focused on preserving the mining structures at Park City and Deer Valley resorts. 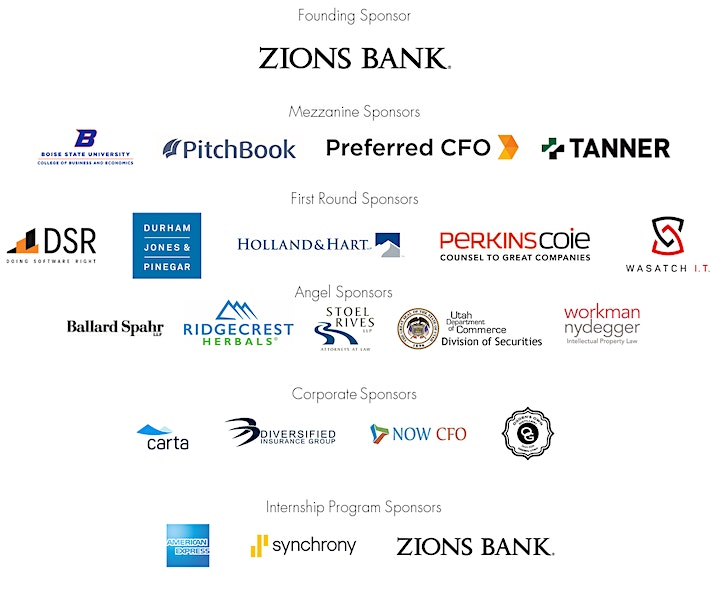